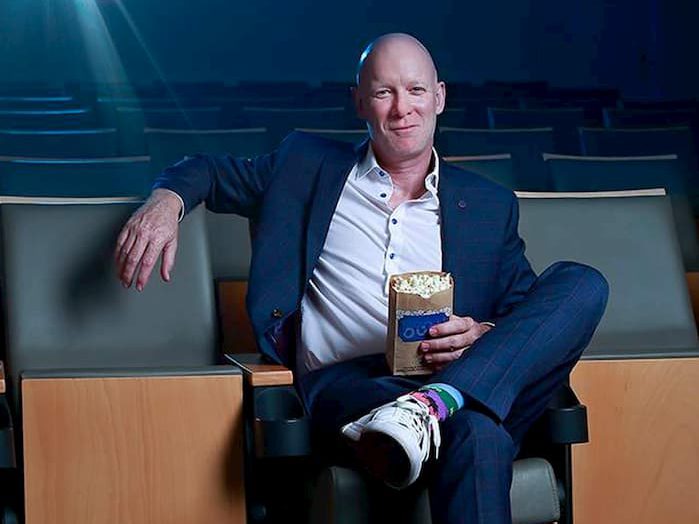 So why would a big-time city boy like Ken come back to his hometown?

Ken says, “Kamloops has character, a quality that’s so valuable to writers, and the entire region is incredibly cinematic (I love filming the desert/sagebrush hills west of town and would love to film in Ashcroft and Cache Creek). When I wrote my Outrunners screenplay in Brocklehurst during the 2020 lockdown, I’d dream up scenes in the morning, then I’d rollerblade around North Kamloops to find perfect streets to film them on.”

Ken is excited to work with local screenwriters, but is also looking forward to providing assistance to those working in other formats. With articles published in Rolling Stone and GQ, Ken’s experience as a writer spans genres and decades. He has written popular travel columns for MSN and The National Post, and a relationship column for men’s magazine Toro. Ken’s writing has netted him over 25 film, TV, and print awards & nominations including three gold National Magazine Awards for Best Humour Article.

Check out the official site of Ken’s feature film Outrunners and view some of Ken’s work in the videos below!

Brewed is a beer-soaked comedy series about the self-destructive staff of a hipster craft brewery.

Ken is available for one-on-one consultations with writers within the TNRD. Each writer will receive detailed notes from Ken on how to improve their stories and scenes. Consultations are available by appointment only. Depending on the writer’s location consultations may be available in-person, via phone, or video-conference. Please indicate your preference in your appointment booking.

Writing samples must be provided at least one week in advance of your appointment. Electronic submissions are preferred but print copies will be accepted.

How to Submit Writing Samples:

Upload your work via the below form or email to wir@tnrd.ca.
Only one file per submission with a maximum size of 20MB.

Submissions not meeting the following requirements will not be accepted and any scheduled appointments will be rescheduled. Please include:

About the Writer in Residence Program

The Writer in Residence program was launched in Fall 2019, with mystery author Deryn Collier as our inaugural writer. With a pause in 2020 due to the COVID-19 pandemic the residency was relaunched in 2021 with a new focus. Each year we hope to feature a different Canadian writer from a variety of formats and genres.

The TNRL residency is designed to have an equal impact on both the Writer and TNRD residents. 50% of the Writer’s time is to be spent on community programming in partnership with the library and 50% will be dedicated to the Writer’s own projects.